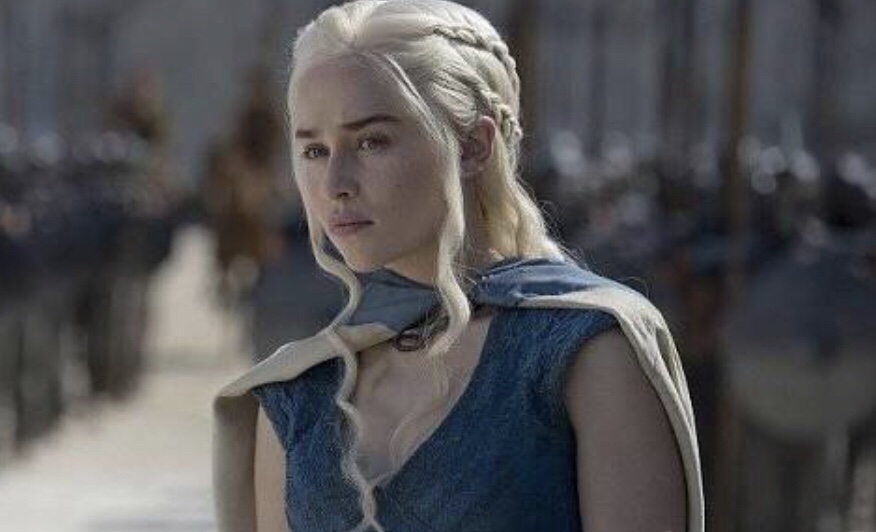 Recently, I took up watching Game of Thrones because of peer pressure and never stopped. We can talk later about how I outsourced my decision making to other people and allowed them determine how I spent 100 of the 720 hours available to me in the month of September or how I took so long to get on the GOT Train. Right now, I want to talk about Daenerys.

She was just a girl when we first met her, and much like me in the last few weeks her decision making was outsourced. In her case, it was outsourced to her brother, who often acted faster than his brain could think and fancied himself the rightful king. In the end, he got a golden crown that killed him, but enough about him. Let’s talk about Danny.

Forced by her brother to marry Khal Drogo so he could gain control of the Khal’s Dothraki horde, she was presented with three dragon eggs at the wedding. Everyone thought these eggs had no more than ornamental value. After all, the last dragons had not been seen for hundreds of years and these eggs were so old they had calcified. So they were no more than stones. Pretty stones, but stones nonetheless.

Danny goes about her duties as a wife and a Khaleesi even becoming pregnant with a son – the stallion who was prophesied to mount the world. In one of the Dothraki raids, the Khal must discipline one of his men and though he kills the man, the Khal is wounded. The wound will soon fester and the Khal will die but only after the Khaleesi tries to save him using black magic. The black magic causes her to lose both her husband and her son and she makes funeral arrangements for her husband, intending to burn herself and the witch who killed him along with his body.

Against the advice of her counsellors she goes into the flames and I was quite sad to see that because I thought that that would be the last we would see of sweet little Danny. Stop judging me, I haven’t read the books. Her horde thought the same thing too because they went away dejected. Its safe to saw we (the horde and I) were collectively surprised when the next morning, we saw this:

It looks like Daenerys. Could it be her? It is Daenerys. Naked, but Daenerys. Blackened with soot, but still Daenerys. Her hair isn’t singed. And what’s that on her shoulder? Doesn’t look like a puppy. It looks like a lizard but it’s got wings like a bat. Wait, is it a dragon? Could it be? Oh, and she had two more of them. And just like that, she becomes the mother of Dragons!

The thought has crossed my mind that inside of this shy, awkward girl who could barely look people in the eye, is Daenerys Stormborn of the House Targaryen. First of her name. The Unburnt. Queen of the Andals and the First Men. Khaleesi of the Great Grass Sea. Breaker of Chains. And Mother of Dragons. But first she had to submit herself to Khal Drogo’s funeral pyre. And if she hadn’t, she will have died as just Danny. Truly, potential requires hardship to hatch. If you shield the canyons from the windstorms, you would never get to see the true beauty of their carvings. Adversity is necessary. It really does bring out the best in us.

No fire, no dragons. No pressure, no diamonds.

I have also posted about...

Adversity African Proverb Series Can I tell you what happened? Mind Renovation Nerving Up Pushing the Boundaries of my Comfort Zone Quotes Reflections Things that happened to me Thoughts Uncategorized Upgrading myself Venting
Follow Tomi’s Thoughts on WordPress.com